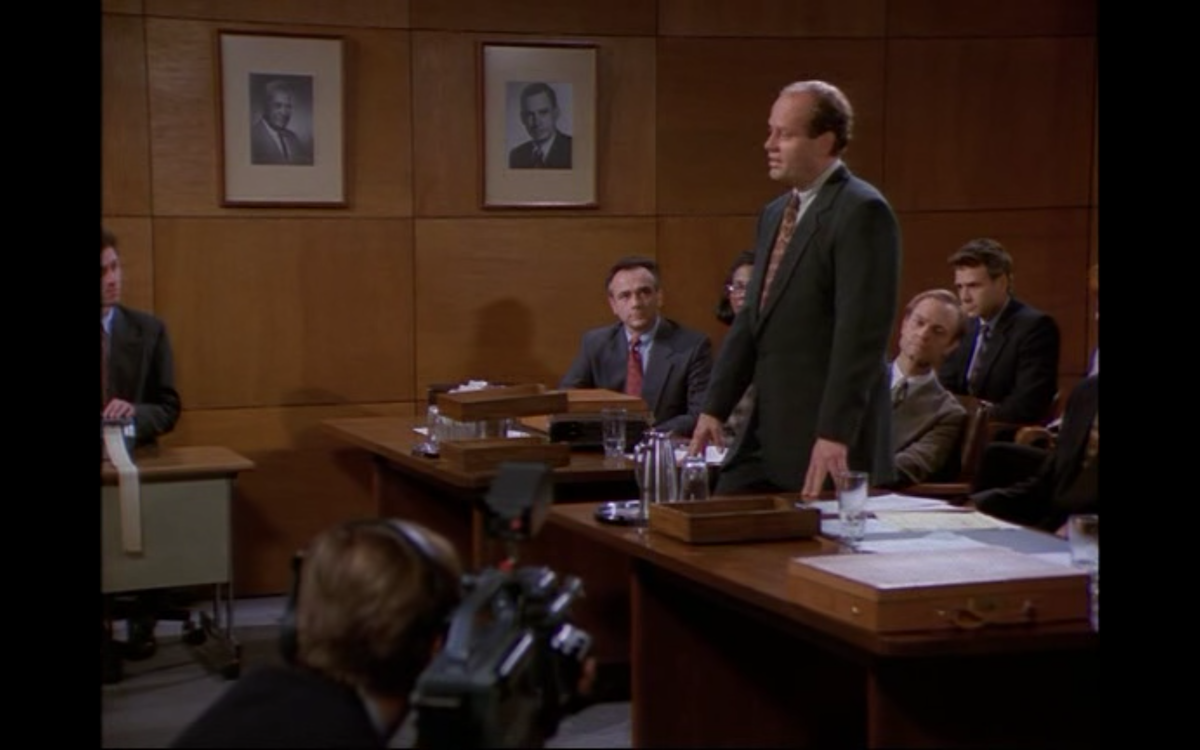 Podcast Episode Synopsis: We get into some favourite sibling storylines like the two brothers trying to work together, looking for new friends, and competing for prestige.

Ah, the brothers in couples counselling. This is a delightful premise that the show is able to really take advantage of because these two characters are well-versed in what good counselling should be like. They are able to use the space to air their grievances but they are also ultimately still just themselves, which means they act like petty brothers.

I feel like Niles shines in “The Friend” more than he has any right to. Classic David Hyde Pierce. I just love his anger at being left behind and how he both lashes out by trying to give Frasier a taste of his own medicine and also patiently waits for him to come back to him. It’s just perfect.

Ohhhh the wine club and dinner party storylines are so excellent. Frasier and Niles face failure at every turn but they just keep trying. Both of these stories also are a wonderful showcase for the pretentious society they dream of fitting into. We know they just never will because they want it too badly. It is *chefs kiss*.

I really love the energy between Frasier and Niles in “Crane vs Crane” because they both dig their heels in without fully considering what it looks like to the outside world. Their pettiness gets the best of both of them and neither looks great at the end of the day. Niles, while correct about Harlow’s mental stability, can’t help but ham it up for the camera, and Frasier is just wrong and trying to make his brother look bad. It fits perfectly in with the relationship between these two.

“Crane vs Crane” and “Shrink Rap”