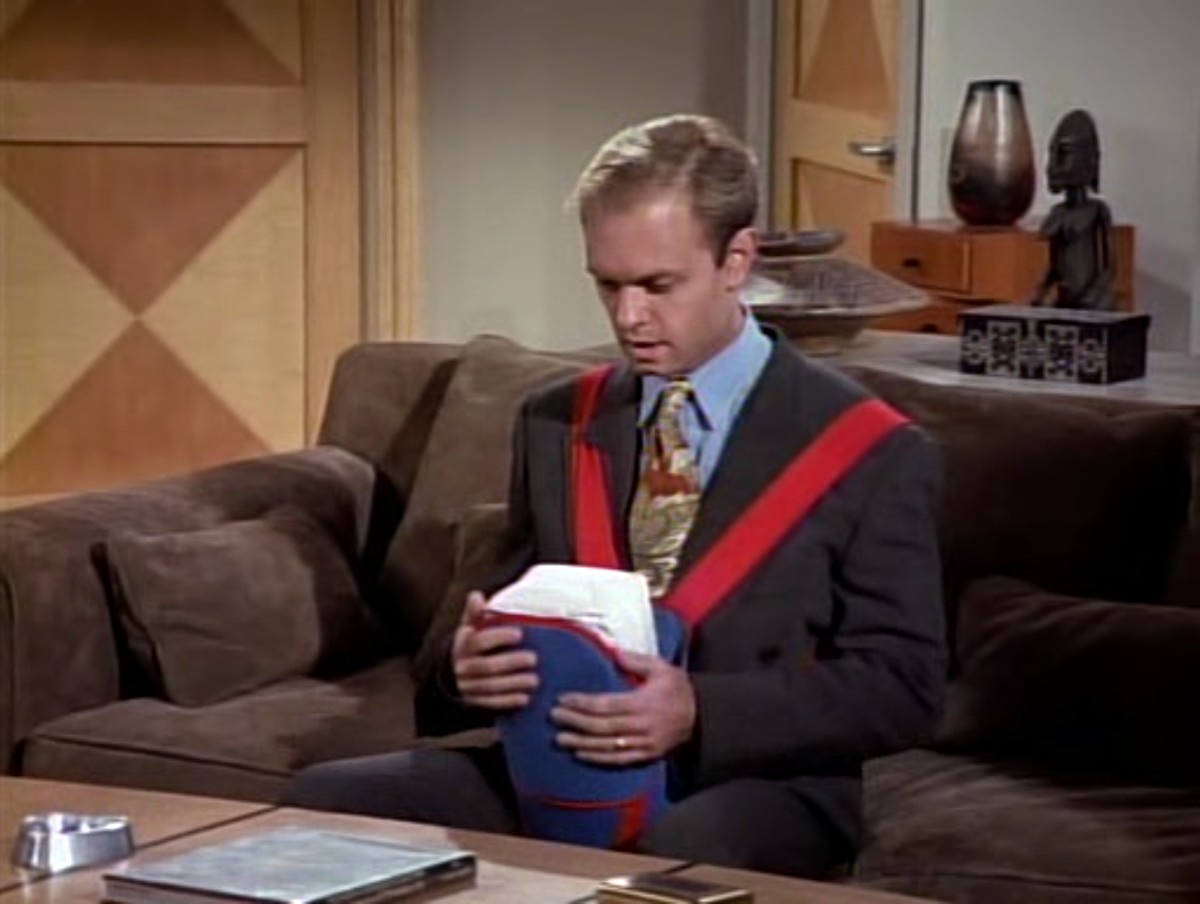 Welcome to the show notes for the Residuum episode of Season 2 of Café Nervosa. We hope you enjoy the podcast!﻿

Podcast Episode Synopsis: We are wrapping up season 2 of Frasier with a few things we didn’t get to in our other episodes, and I take back the Lilith crown and talk about that bathing suit!!! Also, we have our swear-filled outtakes.

Eddie is adorable and it is hard to bring clips in of him because he is a dog. So here’s a clip of a dog! Also, we are cat people as you may be able to tell because we don’t really know how to talk about him. But out of all dogs, Eddie is a pretty darn great one.

David Hyde Pierce makes an appearance because he is so damn talented that his gifts cannot be contained to just one episode. Also, hang up those framed quotes y’all. And then go do something good in the world.

Now, the moment  I know you have ALL been waiting for. I talk Lilith. Our Lilith count has been appalling low this season. We have no good excuse for this, but her time on the show is limited in Season 2. It is well-established who she is in the Frasier-verse, and we don’t need constant reminders about who Frasier’s ex-wife is. But come on show, give the people what they want. It’s really great to get to talk about her. And Lauren, you are forgiven, you did all you could and I shouldn’t have put such a burden on you to capture the essence of The Magnificent Sternin.

Everybody clap for Lauren and Taryn because they talked about the passing of John Mahoney and didn’t cry on their podcast. And Frasier is such the better show for Mahoney’s amazing contributions as Martin.

Before the end of this recap I want to take the opportunity to thank anyone who spent their time with us and listened to our podcast and read these recaps. We are very excited to tackle the next season, but I do want to say that as I am writing this I am 39 weeks and 6 days pregnant, so it may take a little longer to get ourselves organized for season 3. But fear not, we will be back!

Episode to Check Out

We’ll call it 10 just because she deserves it