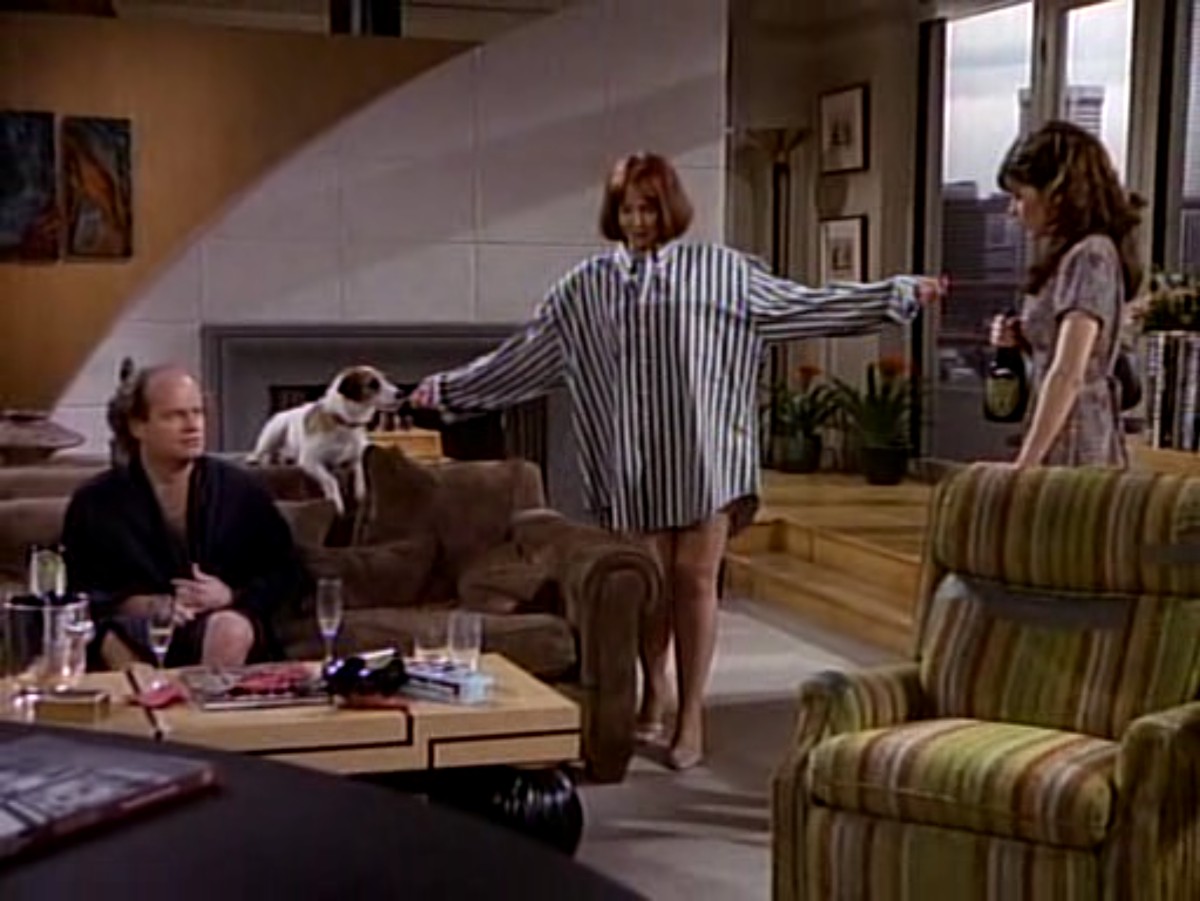 Welcome to the show notes for the Sexuality episode of Season 2 of Café Nervosa. We hope you enjoy the podcast!﻿

Podcast Episode Synopsis: We do as Salt-N-Pepa suggest and talk about sex, baby.

Can you believe this show had an openly gay man in a position of authority and it was NEVER a joke that he was gay? I cannot. Well done show in the mid-90s.

On a related note, ladies on this show get down. It is wonderful. Daphne bones in a park, Lilith goes on a sex vacation, Maris could be boffing her fencing teacher, Bebe uses an affair to get her client a better raise, and Dr. Honey Snow is totally in control of her sex life with Frasier, and lords it over him.

Lauren drops a bomb telling me that Frasier’s main relationships this season are age appropriate! She also casually slips Nepean, Ontario into the conversation. Her talents never cease to amaze me.

Can we talk more about my theory that Bebe and Frasier don’t actually go to bang town? It’s a solid theory. Frasier is unsure about what happened and Bebe would 1000000% make up this story because she is hilarious and great. Also, maybe I watch too much Law & Order: SVU and have been expertly trained to find the holes in stories like this. CHUNG CHUNG.

“Slow Tango in South Seattle” deals with Frasier losing his virginity when he was a teenager and had an extended affair with his older piano teacher. The hits just keep on coming, age-wise in season 2. I am here for it.

Quick PSA: To quoth noted sexual harasser Bob Barker from The Price is Right: “Have your pets spayed or neutered”.  Seriously, it’s ridiculous to not do so.

“The Matchmaker” and “Adventures in Paradise, Parts 1 & 2”

1, and you can hear my excitement at the prospect of more in the episode about women.